Available in two versions either as a complete package or in constituent elements, the standard box includes:

What consumers will surely appreciate is the fact that, if you have already bought a Hero 5 black camera separately, you can mount it on the drone without any issues whatsoever. This convenience factor and many others (which we will discuss below) is why this device from Karma is the best choice for people who own Drone Camera GoPro. Stick around, and you will soon find out more. 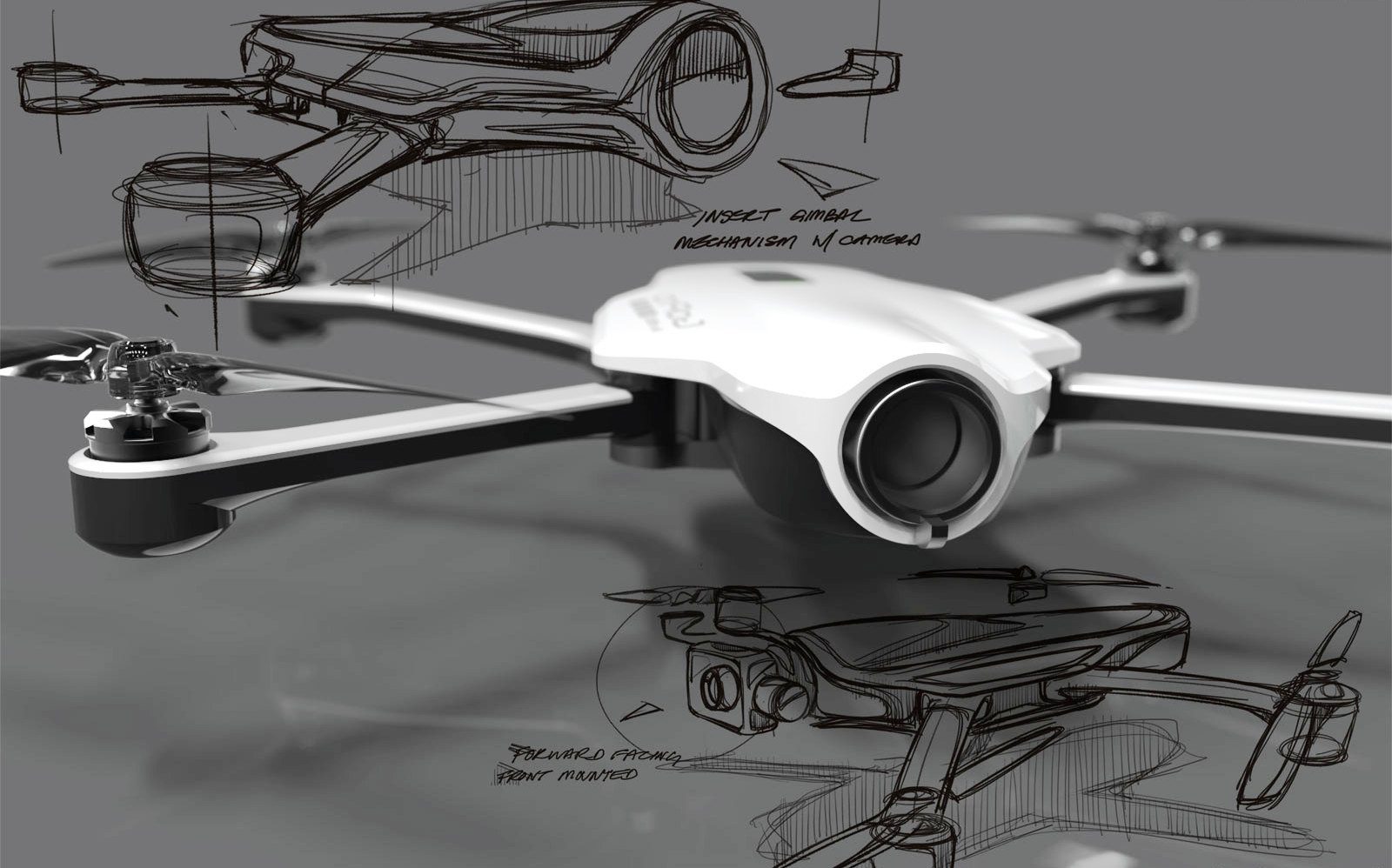 Measuring 4.6 by 16.2 by 12.0, the Drone Camera GoPro has a sleek and elegant design that screams high-quality. Although this Karma Drone Camera GoPro might be a tad too big for some people, this slight inconvenience is counteracted by the fact that it can be easily stacked into a backpack. Its high portability is made possible thanks to its folding design, which allows both sets of arms to be flipped forward and the landing gear to be closed flat against the drone’s bottom area. Therefore, its high portability makes it one of the best GoPro drone options on the market.

Adding to its portable and compact nature is the fact that the camera and the stabilizing gimbal are not permanently attached to it. With a simple twist of the front collar, everybody can remove both the camera and the gimbal without encountering any issues. The controller is also worth mentioning, as it includes a simple and intuitive button layout, as well as an integrated 5-inch touchscreen. Similar to the Drone Camera GoPro, the controller can also be folded up.

Another unique design element is that, unlike other drones that have the camera hanging underneath their fuselages, the Karma’s camera sits firmly on its nose. This design decision has two immediate advantages: 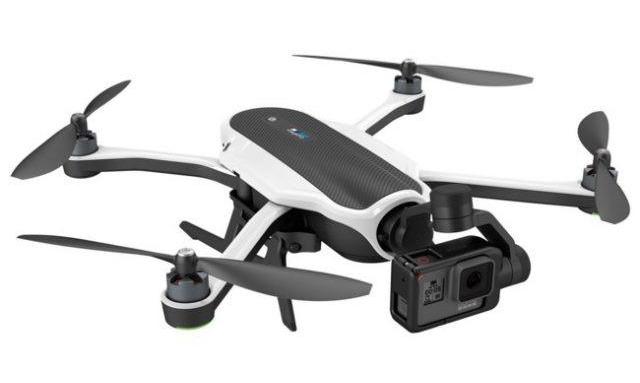 As we have mentioned above, the Karma Drone Camera GoPro uses a GoPro camera to capture both images and videos. From a qualitative perspective, the videos looked crisp and detailed with vibrant, beautiful colors and a broad dynamic range.

The camera is mounted on an enclosure located on the nose of the device, which ensures that it remains steady. It has a 3-axis stabilizer (or gimbal) which ensures proper camera alignment midair, even while the pilot is performing tricks and spins. Even at full speed, the video clips look like they have been shot on a professional dolly or grade crane, a fact which avid videographers will surely appreciate.

GoPro is also designed to appeal to videographers that are always on the go because it makes on the spot video editing easy with a couple of smartphone apps. All you have to do is shoot the videos, boot up the apps, clip your preferred snippets through Quick, tinker with the audio in Splice, and upload the footage from your phone, should you desire to do so.

Capturing videos on the Drone Camera GoPro Karma while piloting it represents only half the things that you can do with it. If you don’t feel like capturing footage mid-air, you can pop out the camera’s stabilizer, install it onto the drone’s dedicated grip and record your on-foot shenanigans.

The purpose of a handheld stabilizer is to smooth out any unwanted bumps and sudden footage shifts as you are walking around, and in the case of the Drone Camera GoPro Karma, it delivers in spades. While there is still a slight, barely noticeable wobble in the footage, it can be easily edited in the Best Drone Camera GoPro post should the need arise. And easy workaround that users can employ to eliminate the wobble altogether is turning the camera’s electronic image stabilization on. However, by doing this, you will be limiting the video’s resolution to Full HD (if you can even call that a limit with a straight face).

But regardless of the camera’s performance on foot, the stabilizer is great for shooting slowly panning footage, as the gimbal kept the camera steady and focused while the user changes the orientation of the handle. There is also an option that allows users to lock the camera’s tilt with the simple press of a button. 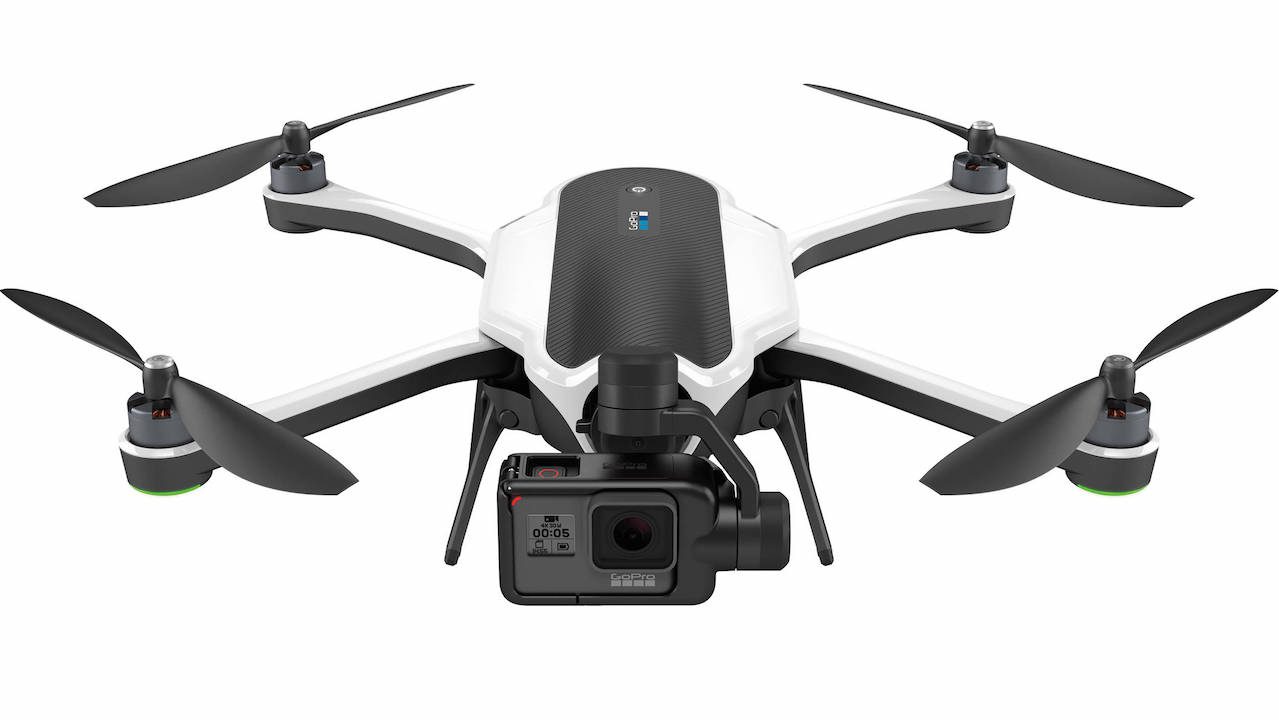 Although high-quality Drone Camera GoPro is not cheap, the GoPro Karma is fairly priced considering its perks and abilities. Several useful features alone, such as the removable GoPro Hero5 camera, its high portability, and the fact that it can be used as a handheld camera, make it worth purchasing.

While it is far from perfect (it’s so, and so performance is the first thing that comes to mind), its versatility and high portability make it perfect for people who are always on the go and want to capture their experiences on camera. All in all, if you are an avid videographer and want to take your art to the next step by experimenting with in-flight footage, the Drone Camera GoPro Karma is the ideal choice.

While it is far from perfect (it’s so, & so Performance is the first thing that comes to mind), its versatility & high portability make it perfect for People who are always on the go & want to Capture their experiences on Camera.