Gearbest is an excellent e-commerce website that fits all your needs and ships products anywhere in the world. As you might know, Gearbest is an exclusive partner for Xiaomi products. And yet another smartphone comes down with all guns blazing to shake up the world of smartphones that are manufactured by the big industry guns. Xiaomi Chinaâ€™s biggest electronics manufacturer which was confined to Chinese market mostly now spread its wings through the world and established a stable fan base for its groundbreaking products. The Chinese player stepped into the market with another ball called Xiaomi Mi 8 letâ€™s dive deeper into the Asian beauty. 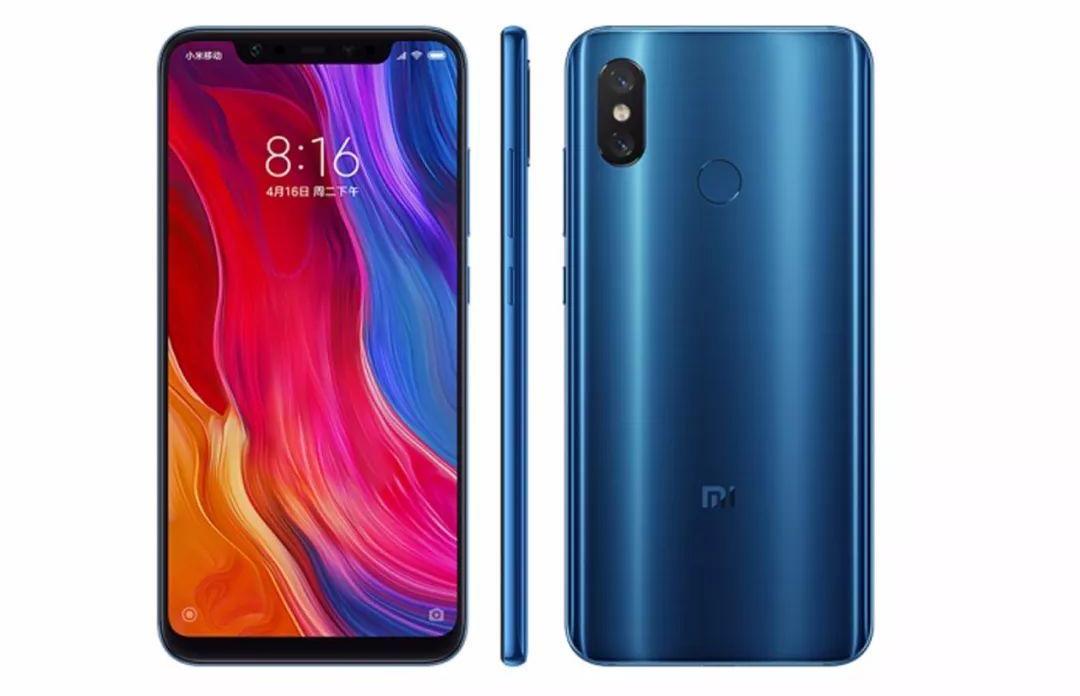 Xiaomi Mi 8 is all set to hit the markets very soon, and it is all set to set the ring on fire with its incredible and high-end features. Xiaomi 8 is looking strong and stands tall to echo the name of being the best flagship killer of 2018. Xiaomi is said to release multiple variants of Xiaomi 8 the explorer edition for the nerds that comes with a transparent rear that visualizes its hardware. The SE edition with MI version in different shades blue, black and a translucent shade, to sum it up the underdog is ready and rages with beauty to slice its counterparts to dust.

So here we are showing you everything about on this Xiaomi Mi 8 Phablet. So you can get to know more about on it. & One Offer for you here inside this, i.e., you can also Grab it at a Discounted Price from here too. So go get one for you, or you can also Gift it to someone. 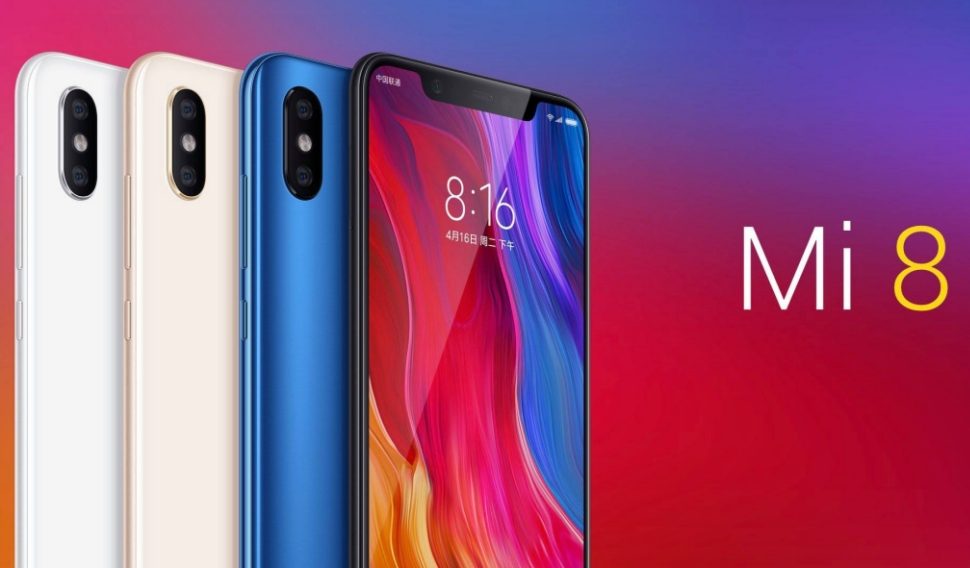 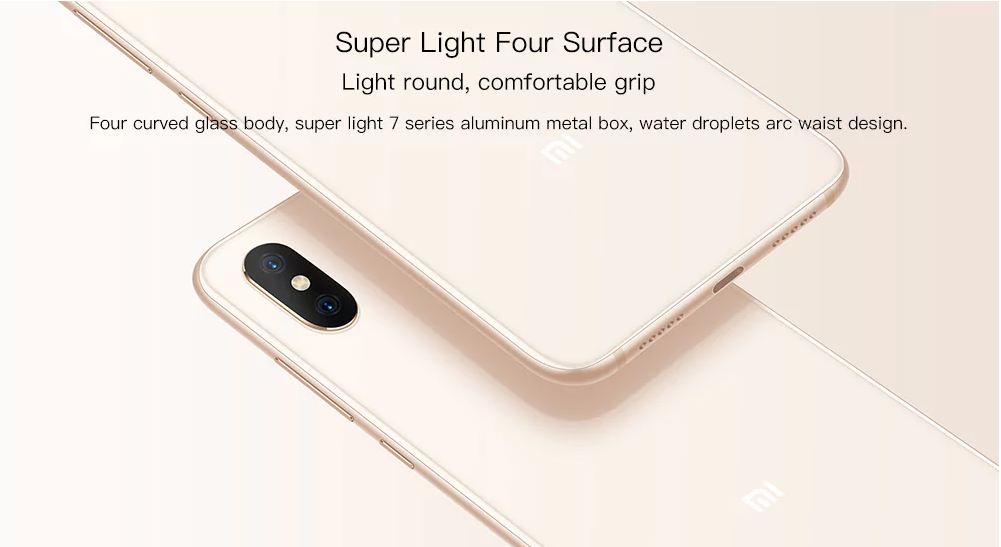 With the body size slimming down to 7.6 mm. The Xiaomi 8 will be one of the sleekest and slimmest mobiles designed to withstand harsh conditions. Not to mention the magnitude of power it packs in itself with minimalist curves itâ€™s crafted with. The device embeds a fingerprint sensor at the rear with two vertically aligned cameras along a flash in between. The volume rockers and the power button are pointed on the right side of the piece with the depletion of the 3.5mm microphone jack. The device comes with a USB type-C, which replaces all your needs.

The most significant leap of the phone would be the flabbergasting humongous display which is 6.21 inches long and delivers resolutions of up to 1080 x 2248 pixels. The display is nothing but a lust generator with its amazing PPI density of 402 PPI, along with 16M colors. It has an 18:7:9 screen to body ratio that will inevitably raise the naughtiest beast inside you.

Not to mention its extraordinary super AMOLED capacitive touchscreen display also comes with an efficient corning gorilla glass protection making it a pure beauty. With the display support and 600nit brightness and 60000:1 contrast ratio all of these makes it a par from its rivals. 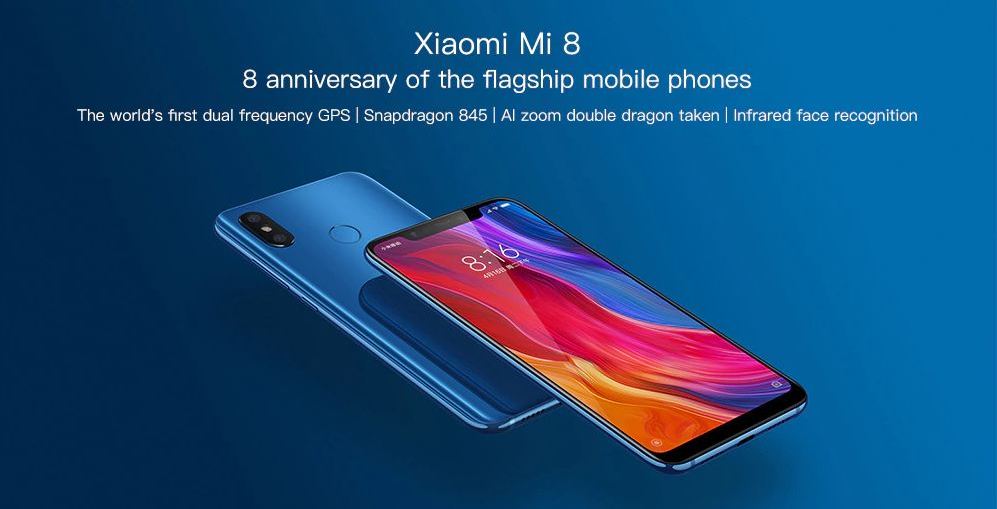 The device is Equipped with Adreno 630 to suit all the needs of restless gamer in you along with that the ease of the software embedded with Android makes multitasking smooth and cake bite. The device humongous power along with sheer raw hardware to suit all the needs of nerds and day-to-day users the Xiaomi is making a statement with simplicity and raw power with an elegant device.

The phone packs a Qualcomm 845 on the inside with 6GB and 8GB LPDDR4 variants at disposal with storage options of 64,128,256 GB. The downside of it is no SD card slot,

The smasher of Xiaomi 8 is its remarkable cameras mounted rear vertically with flash in between. The strategy of the company behind this move is curious and focusing. As the dual lens at the back is of different focal lengths of (f/1.8, 1/2.55″, 1.4Âµm, 4-axis OIS, dual-pixel PDAF) + 12 MP (f/2.4, 1/3.4″, 1.0Âµm) aperture. As Xiaomi is known for its sheer single cameras. But, here the twist on the tale is it’s both cameras. It has a 12MP primary camera edged with optical image stabilization.

Whereas, the secondary camera which is 12 MP, which is equal to the primary. It can also be used for portrait mode with 2x optical zoom, dual pixel phase detection autofocus, dual-LED flash as claimed by the company. As the front shooter is also 20 MP and has a (f/2.0, 1.8Âµm), 1080p resolutions with selfie mode. The game changer here is the piece of hardware used for video recording giving MI 8 the ability to record at [email protected], [email protected] on 240fps

The most underrated segment of the device is the battery housing a 3400 mAh the company did an excellent job in optimizing the battery usage and providing a longer standby time and on-screen time. 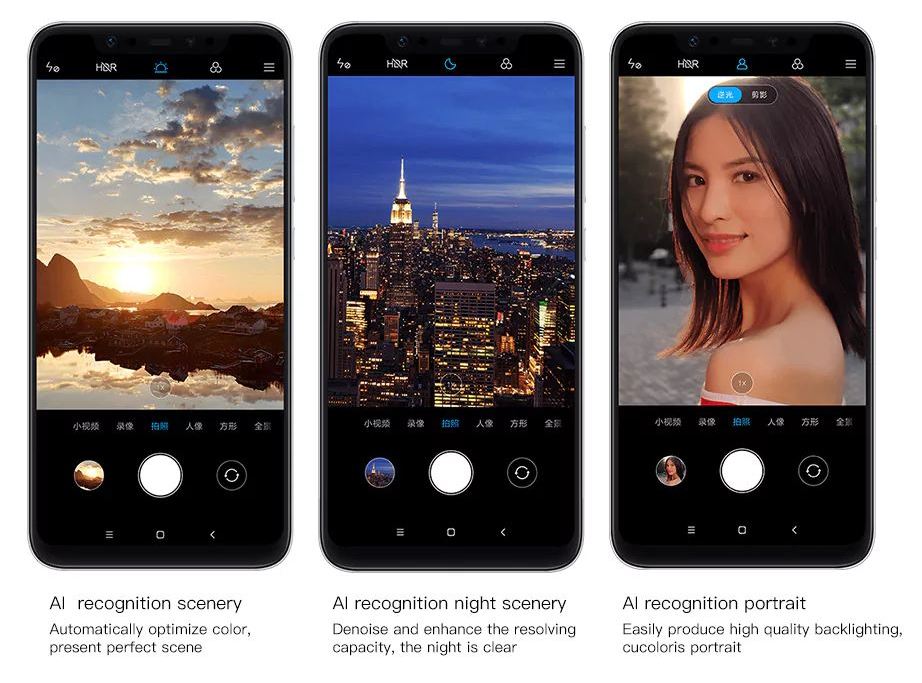 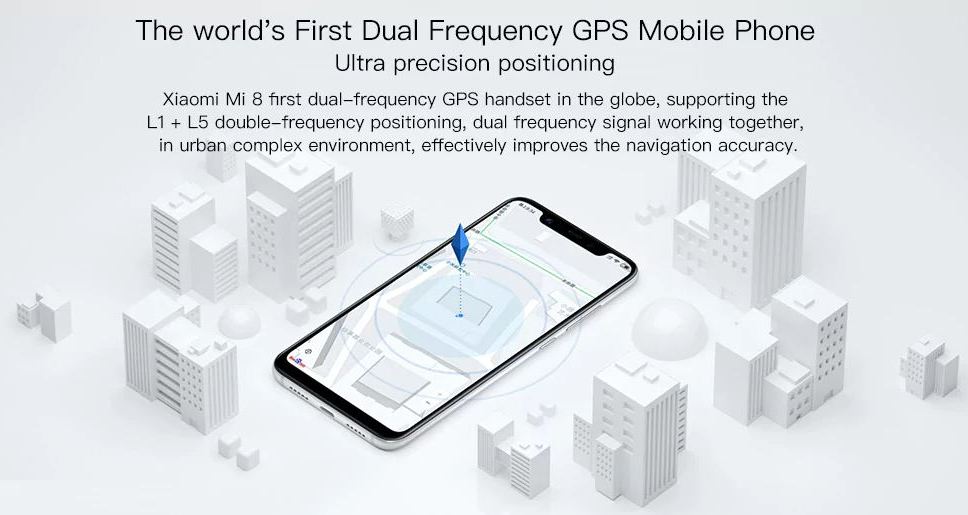 The company sticks to their basics and provides. 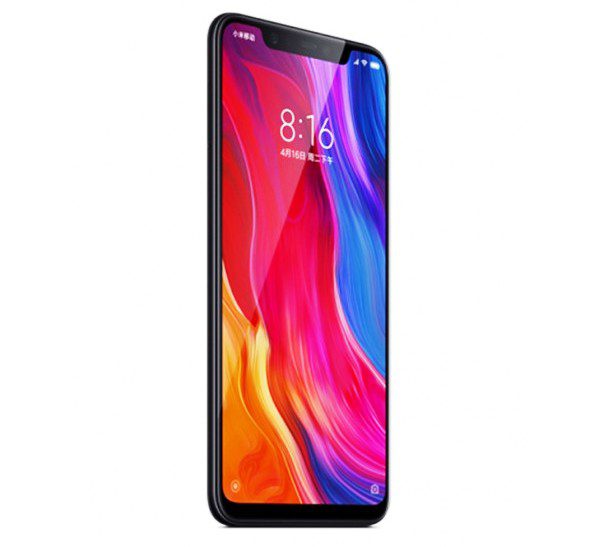 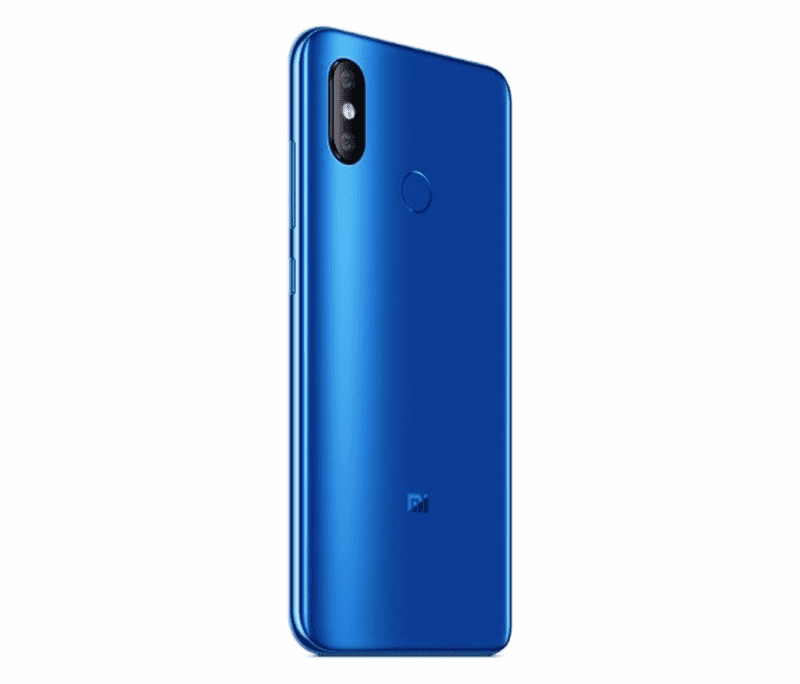 Xiaomi with its new look and new features is making a statement in the market of smartphones with all its might the Xiaomi Mi 8 is definitely a game changer for the company as it is a new smartphone that holds the best and latest features and specs by Xiaomi till date. With sheer and raw power, it packs and the looks mesmerizing to create a rampage in the fan base. This Xiaomi Mi 8 can be considered as one of most good-looking and slimmest piece of hardware wrapped with an outstanding combination of cameras. It also offers the best performance it covers all, Xiaomi made its name in the market with its thoughtful pieces and niche price tags which cut the throat of the competitors mercilessly has created another chronological wonder form its root only to amuse the sheer audience it has developed over the period.

Starting from humble beginnings to the up top Xiaomi made its statement clear with all its simplicity. As power is the way to success yet it achieved the feat again, the Xiaomi Mi 8 with explorer edition is an example of raw diligence and exemplary efforts for bringing the technology in visualizing to every naked eye in the world. The device is incomparable, and the company is aiming for the skies to slingshot the surprises to every corner of the audience base it has.

This Xiaomi Mi 8 can be considered as one of most good looking & slimmest Piece of Hardware wrapped with an outstanding combination of Cameras. It also Offers the best Performance it covers all, Xiaomi made its name in the Market with its thoughtful Pieces & niche Price Tags which cut the throat of the Competitors mercilessly has created another chronological wonder form its root only to amuse the sheer Audience it has developed over the period.